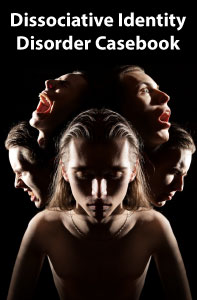 This course will include in-depth discussions of the confusion and controversies surrounding this relatively rare disorder, rule-outs and co-morbid conditions to be considered, and the numerous clinical challenges encountered in treating individuals with multiple personalities. All sections are richly illustrated with case examples from the professional and popular literature, as well as the extensive clinical experiences of the author.

1.List the four criteria for diagnosis of Dissociative Identity Disorder (DID)
2.List four aspects of human experience that can be dissociated
3.Name the three most commonly identified psychiatric symptoms in DID
4.Identify the ultimate goal of therapy with DID clients
5.Define the concept of “framing” as it applies to the treatment of multiples
6.List the author’s five phases of treatment
CE INFORMATION

Professional Development Resources is approved to sponsor continuing education by the American Psychological Association (APA); the National Board of Certified Counselors (NBCC ACEP #5590); the Association of Social Work Boards (ASWB Provider #1046, ACE Program); the American Occupational Therapy Association (AOTA Provider #3159); the Commission on Dietetic Registration (CDR Provider #PR001); the Alabama State Board of Occupational Therapy; the Florida Boards of Social Work, Mental Health Counseling and Marriage and Family Therapy (#BAP346), Psychology & School Psychology (#50-1635), Dietetics & Nutrition (#50-1635), and Occupational Therapy Practice (#34); the Ohio Counselor, Social Worker & MFT Board (#RCST100501); the South Carolina Board of Professional Counselors & MFTs (#193); the Texas Board of Examiners of Marriage & Family Therapists (#114) and State Board of Social Worker Examiners (#5678); and is CE Broker compliant (all courses are reported within a few days of completion).

This online course provides instant access to the course materials (PDF download) and CE test. After enrolling, click on My Account and scroll down to My Active Courses. From here you’ll see links to download/print the course materials and take the CE test (you can print the test to mark your answers on it while reading the course document).

Successful completion of the online CE test (80% required to pass, 3 chances to take) and course evaluation are required to earn a certificate of completion. Click here to learn more.

Frederick W. Nolen, PhD, is a Licensed Psychologist Who has a BA, MA and Ph.D. from the University of Missouri-Columbia. He was recognized as an expert witness by the courts of Missouri on combat PTSD in 1986 and recognized an expert on Child Abuse: Victims and Perpetrators in 2005. Dr. Nolen has lectured extensively on Child Abuse and Neglect, Victims and Perpetrators, Dissociative Identity Disorder (formerly known as Multiple Personality Disorder) and PTSD. He has taught at colleges and universities in Missouri and Indiana.