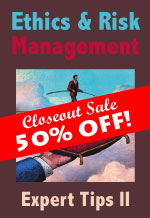 Ethics in Therapy: Quick Tips I

This course for psychotherapists of all specialties addresses a variety of ethics and risk management topics in the form of 13 archived articles from The National Psychologist. Included are monographs on ethical conflicts in risk management, risk in the forensic arena, understanding the duty to warn, obligations of faculty and supervisors, records management, confidentiality and laptops, managing licensing board complaints, telepsychology guidelines, and using caution in online sharing.

1.Differentiate between effective risk management and ethical practice
2.List steps that should be taken in preparing for a legal proceeding
3.Identify the responsibilities of faculty who supervise graduate students
4.List guidelines for handling a laptop on which electronic clinical records are stored
5.Name recommended procedures to follow when dealing with a state licensing board investigation
6.List recommended steps to take in online sharing
7.Identify issues identified in the Ohio Psychological Association’s Approved Telepsychology Guidelines
CE INFORMATION 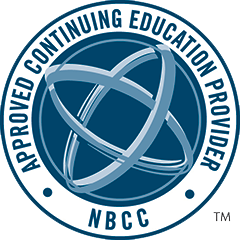 Professional Development Resources (PDR) has been approved by NBCC as an Approved Continuing Education Provider, ACEP No. 5590. Programs that do not qualify for NBCC credit are clearly identified. PDR is solely responsible for all aspects of the programs. Professional Development Resources is also approved as a provider of online (home study) continuing education by the Florida Board of Clinical Social Work, Marriage & Family Therapy, and Mental Health Counseling (#50-1635); the New York State Education Department’s State Board for Mental Health Practitioners as an approved provider of continuing education for licensed mental health counselors (#MHC-0135); the Ohio Counselor, Social Worker and Marriage & Family Therapist Board (#RCST100501); and the South Carolina Board of Professional Counselors and Marriage & Family Therapists (#193).

Ofer Zur, PhD, is a licensed psychologist, writer, forensic consultant and lecturer from Sonoma, CA. He conducts workshops and seminars through the Zur Institute: www.drzur.com

Jeffrey N. Younggren, PhD, is a clinical and forensic psychologist practicing in Rolling Hills Estates, CA. He is also a clinical professor at the University of California Los Angeles School of Medicine. His e-mail is jeffyounggren@earthlink.net.

Elizabeth A. Younggren, JD, Esq, is an attorney at Reback, McAndrews and Kjar, a firm that specializes in medical malpractice defense. She graduated from UCLA with honors and earned her law degree at Loyola Law School (JD, 2004). She is a member of the bar of California; U.S. District Court, Central District of California. Her email is: byounggren@rmklawyers.com

Kenneth P. Drude, Ph.D., is a psychologist with the University Psychological Services Association in Dayton, Ohio, specializing in couples and family therapy. He is chairman of the Ohio Psychological Association’s Communications and Technology Committee that developed the association’s telepsychology guidelines.

John Dicke, Psy.D., J.D., has resumed a criminal law practice during these years of litigation but says he is eager to get back to his first love, the diagnosis and treatment of people who are in pain.

Milton F. Shore, Ph.D., ABPP, is a former member of the Board of Examiners of Psychologists for Maryland. He is in private practice in Silver Spring, Md.

Mary Connell, Ed.D., is a clinical and forensic psychologist in independent practice in Fort Worth, Texas, and is co-author with Shane Bush, Ph.D., and Robert Denny, Psy.D., of Ethical Practice in Forensic Psychology: A Systematic Model for Decision Making.

Wendy J. Murphy is an adjunct professor of law at New England School of Law in Boston, Mass. She is a former prosecutor, impact litigator and attorney specializing in the representation of crime victims, women and children. Her first book, And Justice for Some, was published by Penguin/Sentinel in September 2008.